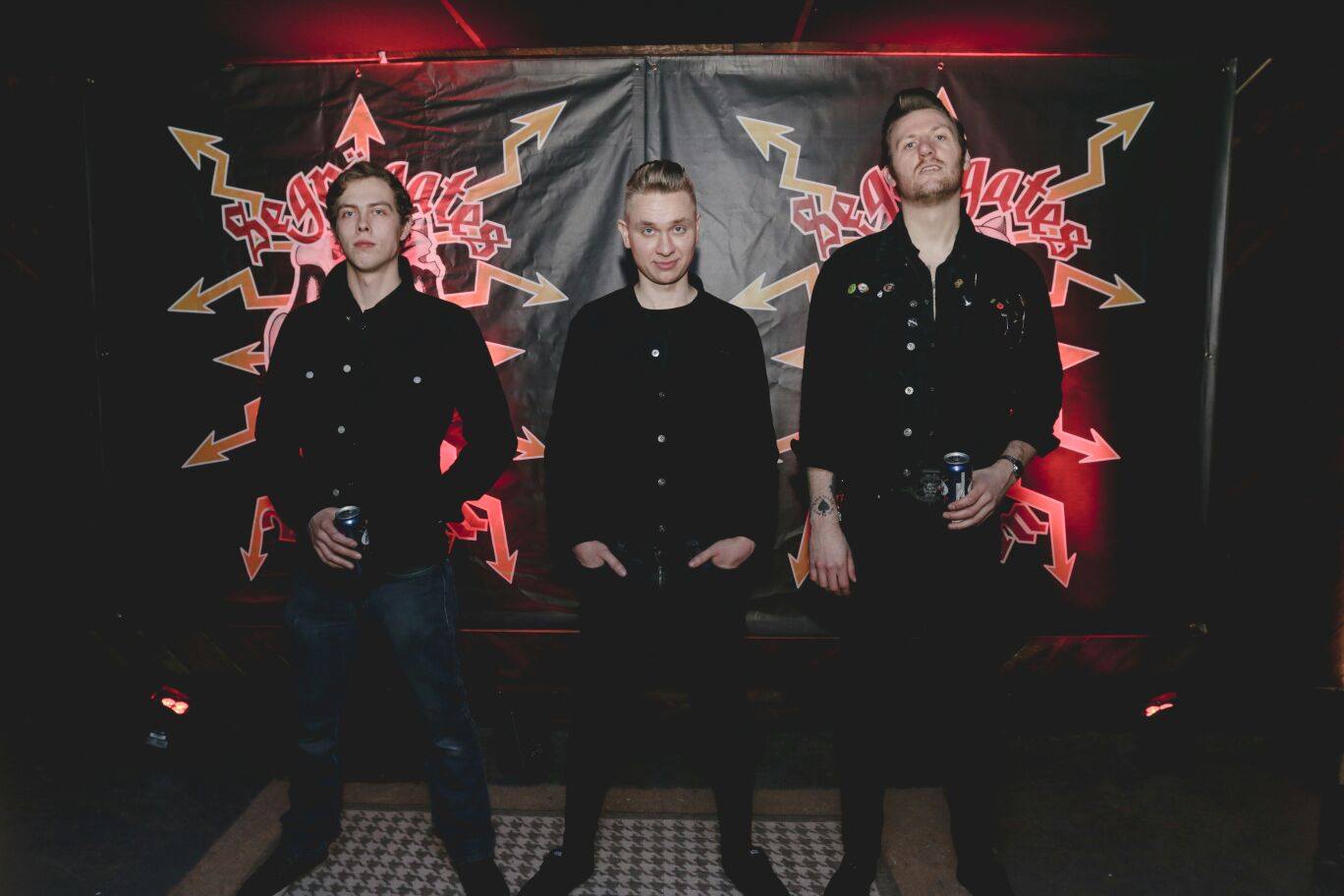 Reviews, or any descriptive writing for that matter, don’t usually start with the conclusion, but I’m going to get straight to the point on this one; Burston by Segregates is fucking brilliant.

The York trio have signed to US record label Cleopatra Records for the release of their debut full length, which can only be a good thing. I do love a good DIY release, but an album like this deserves to be heard far and wide, so the help of a reputable label will come in handy.

The album kicks off with a song called ‘Segregates’, an introduction of sorts. It’s typically Motorhead sounding, but then this band have never tried to hide the fact that they sound like Lemmy & Co. Clocking in at under 2 minutes, it instantly gives you an idea of what this album, and band for that matter, is all about. It’s balls out (figuratively, not literally) rock n roll played at break next speed. It quickly dives into track 2, ‘Rock n Roll’, which is more of the same.

Lead singer Smell has a growl which Lemmy would be proud of and Bilo is quite possibly one of the fastest drummers you’ll ever hear. The sound is all tied together by Dr Horn on guitar, and that’s where things get interesting. Yes, the overall sound is pretty much like Motorhead, but on ‘Let Battle Commence’ and ‘Sweet Vengeance’ there’s another sound creeping in. There’s hints of it here and there throughout the album, but on those particular songs the guitar really sounds like early-NOFX, which is never a bad thing.

The album also features a song which initially saw the light of day in Smell’s old band Comply or Die too. ‘Traitor Collaborator’ was one of their later songs before they split and gave the first hints of which direction he would be heading in musically.

Suitably, the album closes with a cover of Motorhead’s ‘Riding With The Driver’, which is a fitting touch. I don’t usually like the idea of putting covers on albums, however when the influence of one band is so apparent throughout the band’s sound and image it’s a fitting tribute.

Do yourselves a favour and buy this album. At once. From here: https://segregatesuk.bandcamp.com/