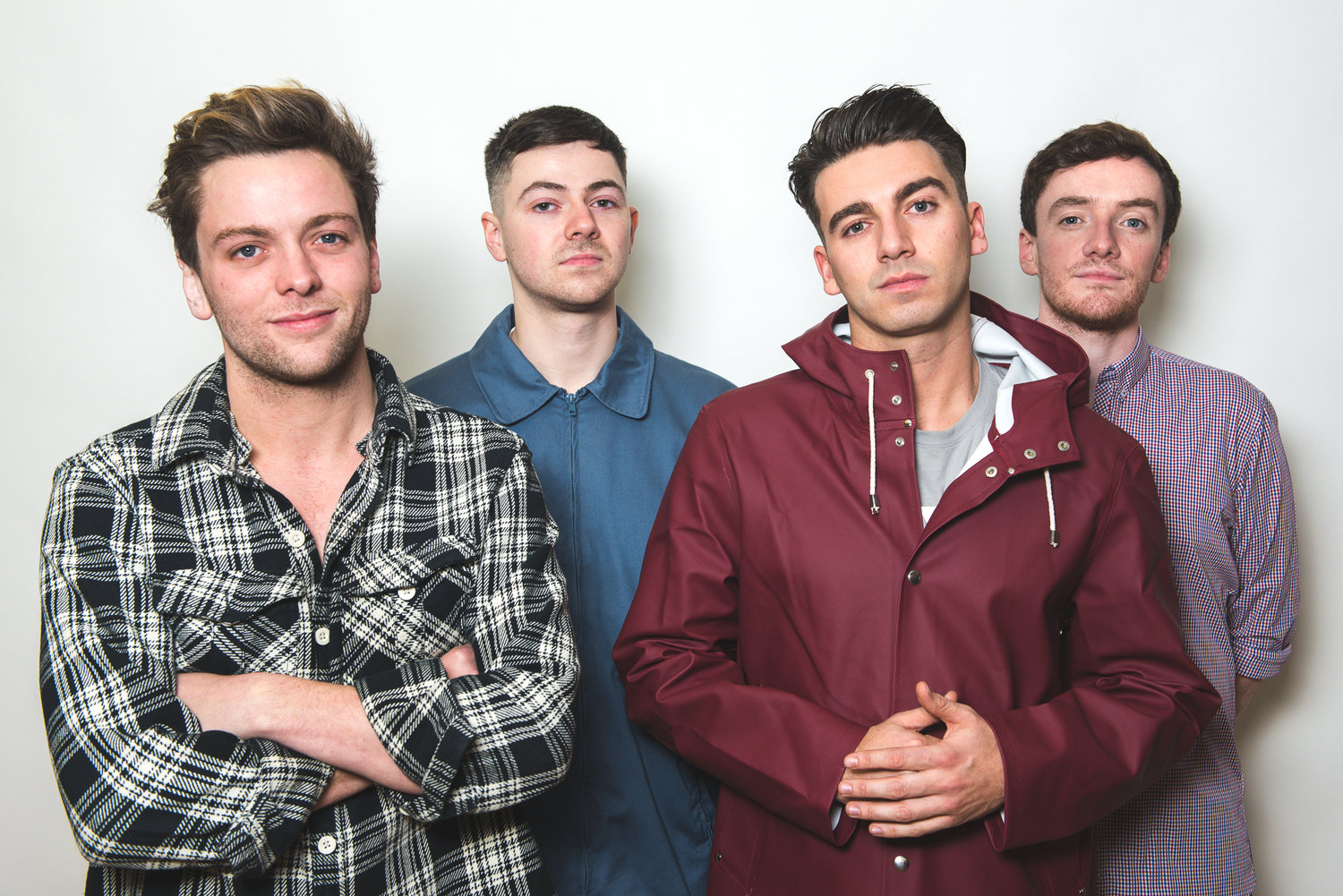 Ahead of the release of their new album, Common Problem, and a UK tour which sees them stop at our new favourite venue The Lending Room in Leeds, we emailed some questions over to The LaFontaines drummer Jamie Kennan to find out what it’s like working with their new label, what they remember about playing in Yorkshire and as always, who would star in a Hollywood movie about the band.

Hello! Let’s start with an introduction. Who are you and what do you do in The LaFontaines?

Hiya, ma names Jamie and ah play the drums in the band.

You’re about to release your new album ‘Common Problem’ before embarking on a UK tour – how is everything in The LaFontaines camp in the run up to this?

Everything’s cool man! We’re just about to start all the rehearsals for the tour. Still got a couple of the new songs to learn, but everything’s starting to take shape now – just excited to get these tunes out.

What can people expect from the new album? Will there be anything which surprises the people who have followed the band for a while?

There’s a lot more wee electronic noises and samples on this album. It’s a more full sound. It might surprise people that it’s even better than the first one.

You’re putting the album out through A Wolf At Your Door Records, who have previously released albums by Lower Than Atlantis, Deaf Havana and Mallory Knox. Was there a specific reason you decided to work with them on this record?

We’ve known Leo a good while and he talks a good game. He’s got a good reputation and so far so good.

We’re based in Yorkshire and focus a lot on what’s going on locally. We see that you’ve got a show in Leeds coming up, which we’re looking forward to! Do you have any specific memories of this area – particularly Leeds or York – from previous tours?

The first time we played in York, we were melted running about those pyramid type things in the middle of the town. I can mind we stole hundreds of stuff out the back of a Greggs lorry. A girl who was in the army took me home one night and she had big strong arms.

When you play shows in Glasgow, they tend to be considerably bigger than your other headline dates around the country. Do you prepare any differently for shows like this, or do fans generally get the same experience of the band regardless of the venue size?

Usually for those gigs, we have a bigger budget for lights and the production. But in general the set and music is the same. I’m hoping to have fire and cage dancers for the Barrowlands. Another ambition is to have a drum riser that goes out into the crowd and revolves…

As a band that spends a fair bit of time on the road, you must come across a lot of underground talent that we’re not aware of. Who should we be checking out?

There’s a tonne of bands from Glasgow worth checking out. Tijuana Bibles, Gerry Cinnamon, The Van T’s, Baby Strange and Catholic Action are ones that spring to mind that have all released good music this year.

Hollywood calls, they’re making ‘The LaFontaines: The Movie’ and you’re in charge of casting. Who stars as the band?

David Dickinson as John, Anne Widecombe as Daz. Me and Kerr would be Ryan Gosling and Brad Pitt. Idris Elba would play our manager Aarti. Neil our guitarist would be in Cartoon form as butters from South Park and our tour manager Fraz really looks like Meat Loaf anyway. There’s another manger Findlay who resembles The Rock a bit.

Aye, our albums out the now and I’ve wrote a wee book you can buy also. It’s called ‘The LaFontaines solve 12 of life’s most common problems’. It’s 12 tales of life on the road full of sin and debauchery.