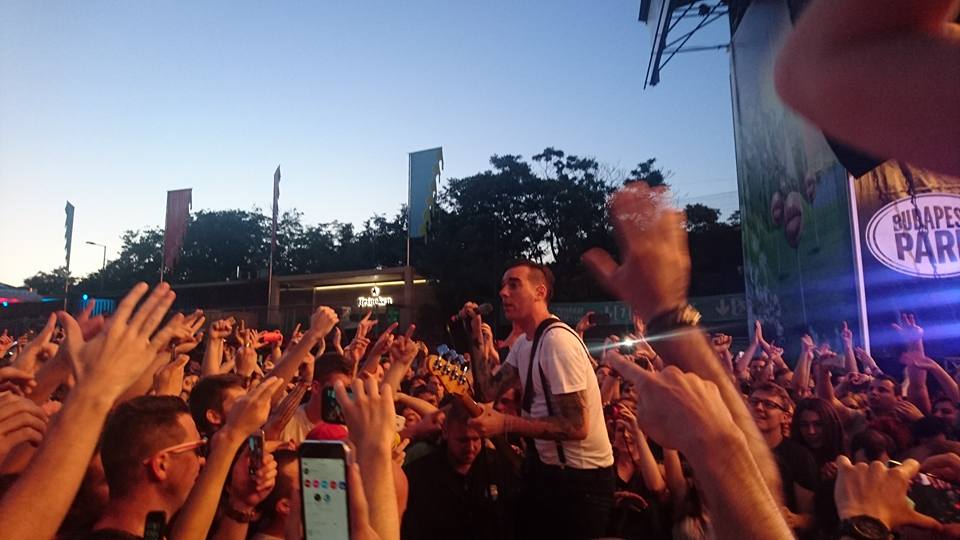 In recent weeks my Facebook timeline has been full of debate about punk rock which has all stemmed from an incident on the Vans Warped Tour involving old-school comedy punks The Dickies.

On their final show on the tour, they were greeted with a sign in the audience, which was allegedly held up by a member of the Warped Tour Crew, stating that “Teen girls deserve respect, not gross jokes from disgusting old men! Punk Shouldn’t Be Predatory.” This was received quite badly by The Dickies singer Leonard Graves Phillips, who launched into a foul mouthed, misogynist rant at the woman holding the sign.

The punk rock community has been split in two ever since. On one side, there are people arguing that this kind of behaviour should never be accepted and that The Dickies should be boycotted forevermore. On the other side, there’s the punks that argue that this is what punk rock is all about – basically saying fuck you to anything that disagrees with you. Unsurprisingly, neither side is prepared to actually take on board what the other says, so we’re left with a bit of a stalemate.

For the record, I think it’s actually the Vans Warped Tour that is to blame for the whole thing. The Dickies have an audience for their stupid, childish sexual comedy act, and they should stick to it. Keep playing it to people that want to hear it and no one else. Whichever idiot thought that booking a band like that to play a big touring festival alongside feminist bands like War On Women should probably reconsider everything that they thought they knew about putting together an event.

The debate I’ve watched on social media though, has really got me thinking. What does punk mean to me? In the countless arguments I’ve seen, loads of people are spelling out a very clear idea of what punk means to them, and what punk should be about. The good thing though, is that most people’s thoughts on the situation are very different, which is kind of the point.

On one hand, there’s the idea that punk rock should be about causing chaos. It’s about rebellion. It always has been, since day one. It’s saying “Fuck you!” to The Man, the establishment and everyone who tells you that you can’t do what you want to do. On the other, it’s about equality. It’s about community. It’s about people who feel in some way different to societies ‘norms’ and saying, well, “Fuck You!” to The Man. See where I’m going with this?

It actually turns out, if you really think about it, that both sides, while being on opposite sides, are actually on the same side. The only thing that differs is the interpretation of “The Man.” 40 years ago when punk first came about, “The Man” was a  generally grey system that didn’t allow for freedom of expression. The idea was that society would fall in line and all behave the same. Boring. Inoffensive. Just generally dull. Punk in 77 was a massive rejection of that, which is where the studs and spikes came from. Music is tame, let’s make it wild. Everything is neat and tidy, let’s make a fucking mess. Things are quiet, let’s be loud. It was great. In 2017, The Man is still an oppressive force. Now though, the oppression is equal rights for women, gay people, black people, the list goes on. That’s what the new breed of punk is rebelling against. It’s a rebellion against the fact that in a society that is supposedly very accepting of people’s differences and cultures, groups of people are marginalised in such a shitty way. The punks of today won’t accept being put in a box and told to be quiet in the same way that the punks of 77, and every single year since, didn’t.

In a sense, society has changed for the better over the last 40 years. Whilst there is still a long way to go, we are more accepting of each other’s differences, and a lot of that is down to punk rock. Punk has always been a social movement and a force for good, so if your version of punk is still stuck in causing chaos for the sake of causing chaos, thusly rejecting the concerns of the oppressed, then you’re probably doing it wrong.

Punks used to rebel because they felt different and didn’t want to it be like that any more. Punks used to find a problem in society and fight it. So, in theory, not much has actually changed. The Clash were formed in 1976 and played punk rock songs that encouraged ordinary people to stand up against their oppressors. Anti-Flag have been doing the same since 1992, and now, bands like Petrol Girls are carrying the baton forward.

So, what is punk to me? It’s about a community who says “Fuck You!” to oppression. It’s about a community who aren’t willing to accept that people should be treated differently because of their race, gender, sexuality, social background. It’s about standing up to anyone who doesn’t agree that we should all be treated fairly and equally. When it’s broken down like that, no matter what your version of punk is, I’d like to bet that they’re more than likely built on the same values.